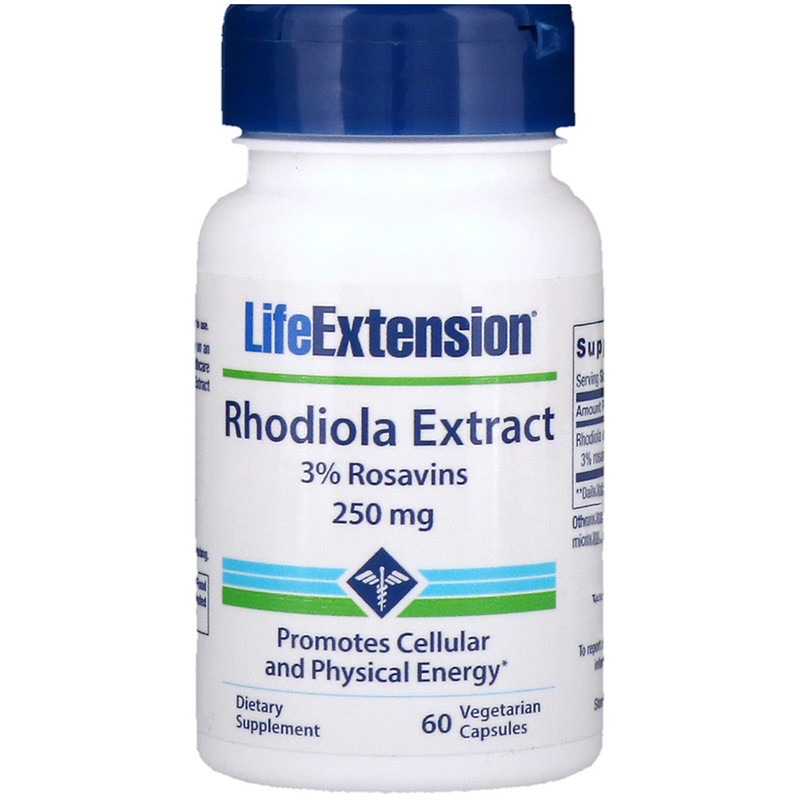 A common complaint among older adults is loss of physical and mental energy. As people age, their cells’ ability to produce energy is diminished. Many scientists believe that cellular energy deficit is a critical factor in the onset of many problems.

Unlike many Rhodiola supplements on the market today, Life Extension’s Rhodiola Extract uses only the authentic Rhodiola rosea species and is standardized 3% rosavins and NLT 1% salidrosides, matching the concentrations of active adaptogens used in clinical trials.

Read the entire label and follow the directions carefully prior to use.

Take one (1) capsule daily with food, or as recommended by a healthcare practitioner.

Caution: Individuals with manic or bipolar disorder should not use Rhodiola. Take early in the day if Rhodiola Extract interferes with your sleep.

ABOUT US
All images and content are © copyright of their respective owners. This Project hosts the images and contents with no aim of self ownership. All the images and other shared-licence property will be displayed without customized watermarks or hidden advertising links and they should not be used for commercial purpose. All the data belongs to their respective source owners.
Contact us: [email protected]
FOLLOW US
© All Rights Reserved 2018.